PART 2 on Pivot: How Sugarcane Restaurant Adapted Their Service

We spoke to one of Coogee’s most popular hotspots, Sugarcane, to hear about their experience. Situated just seconds from the iconic Coogee Beach, the venue is known for its Asian inspired food and its fantastic atmosphere that overlooks the magnificent ocean views.

When the nation-wide lockdown restrictions took place overnight, Milan Strbac, owner of Sugarcane Restaurant Coogee, had to lead the team to pivot in new conditions and transform challenges into opportunities.

As the restrictions are being eased, hospitality venues will soon be moving from a ‘recovery’ phase to a ‘growth’ stage. Restaurants have done a great job in protecting their businesses in every possible way, and it’s now time to prepare for what’s next.

Note: This is the 2nd segment of our three-part Pivot series. To read on how one of our venues re-invented their offering, the previous segment can be found here. Is your venue ready to pivot, promote and progress in Australia’s evolving dining scene?

Milan had to go through self-isolation after returning from an overseas trip which posed a real challenge in making changes and key decisions over the phone. “Even though it was a difficult time, we knew that we had to adapt,” he said. “I was not ready to lose my business which has been operating for 10 years and let all those years go down the drain”.

He and his team started working out how to manage a takeaway menu and think of ways to retain employees as much as possible. With the additional assistance of their third-party marketing agency, they knew that they had to produce more social media posts and email newsletters to continue to engage with their strong local following.

Next, their online platform was quickly set up that allowed Sugarcane to adapt to online ordering. 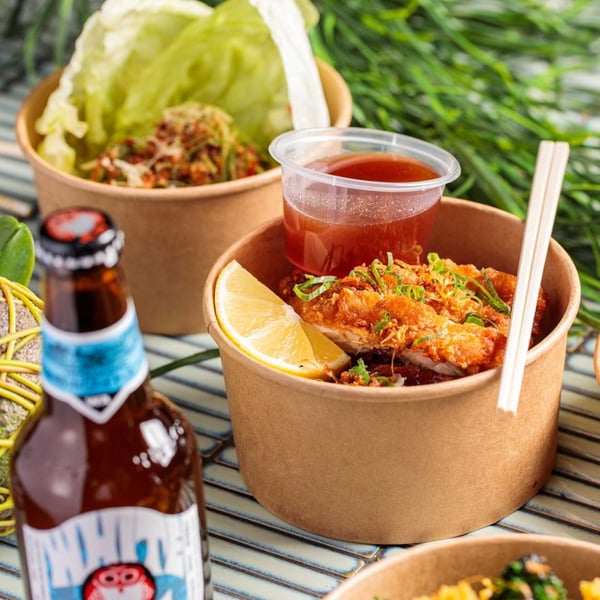 Sugarcane went online with their first step being to review how their menu will be presented.

With much thought and leadership, Milan ensured that their takeaway menu was a standout to online customers. Milan tried separating hot and cold food and used brown paper bags and biodegradable containers to define their branding on their online platform. “Service was harder than before as we have never done takeaway,” he shared.

Sugarcane also embraced the process of on-the-job learning when evaluating their service daily. Milan stated, “It felt like we were starting a new business but with lots of trial and error. But we were able to take a step forward each time.”

The changes to the hospitality industry hit hard on employment, especially towards foreign employees. Nevertheless, Milan’s team were in it together, embracing new job duties as another solution to retain staff.

To elevate their online offering, Milan asked his marketing agency to do a photoshoot of their takeaway menu. “Customers eat with their eyes, so it’s important that they know what our dishes look like,” he stated. 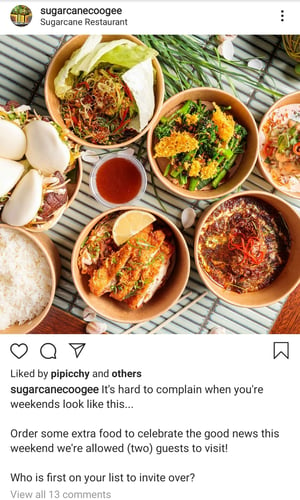 Sugarcane had never done takeaway before, and they did not have a way to predict what would come from it. “When we officially launched the online ordering platform, the support was phenomenal,” Milan said. “We did not expect that much support and our orders went crazy. We were not ready for the demand at all.”

Since going online six weeks ago, Sugarcane has also received an overwhelming increase in engagement with their customers on all platforms. The responses from social media posts and weekly email newsletters were positive and demonstrated to the team that their customers were excited to have the opportunity to enjoy SugarCane at home.

“We can look at how other people react to changes and try our best to keep innovating in solving problems” is Milan’s advice. The team at Sugarcane knows that there will be regular changes during the transition of venues reopening. With their determination and attitude, the team will be ready for whatever comes their way.

Milan pointed out that that pick-up and delivery seemed to have an expanded potential now that people realised they can order more options other than the classic pizza or burger. Hence, through this turmoil, it is an opportunity for many restaurants including Sugarcane to discover the potential of pick-up and delivery and learning the ropes of an online ordering system.

“Although we had such a huge turnout for pick-up and delivery, our biggest pain point is that our kitchen is quite small,” he stated the fact that they might not be able to support the demand coming from both dine-in and takeaway in the future. “We might consider using a dark kitchen and still planning around what the future looks like with an open mind.”

We are here to help you prepare for the future of your business.

Your Checklist for Christmas & New Year's

PROGRESS: 7 Pillars to Grow Your Business

PART 3 on Pivot: How Daughter in Law Remodelled Fast